The Other Side of the Door

The Other Side of the Door: the art of compassion in policing is my recently published book charting a project I created in partnership with Lt. Jack Cambria, the then head of the NYPD’s Hostage Negotiation Team, to develop an arts-based compassion training program for police officers.  After securing funding from the Dan and Joanna Rose Foundation, we developed a program that used storytelling and actor training techniques to facilitate sensitivity training that was reflexive—that allowed the law enforcement officials to engage with their own vulnerabilities as well as the vulnerabilities of the communities that they encountered, on a deeply sensory and personal level.  As I designed the project, I included a phase of collaboration with six performance poets who participated in the training activities themselves, and created a series of performance poems in response to the experience. 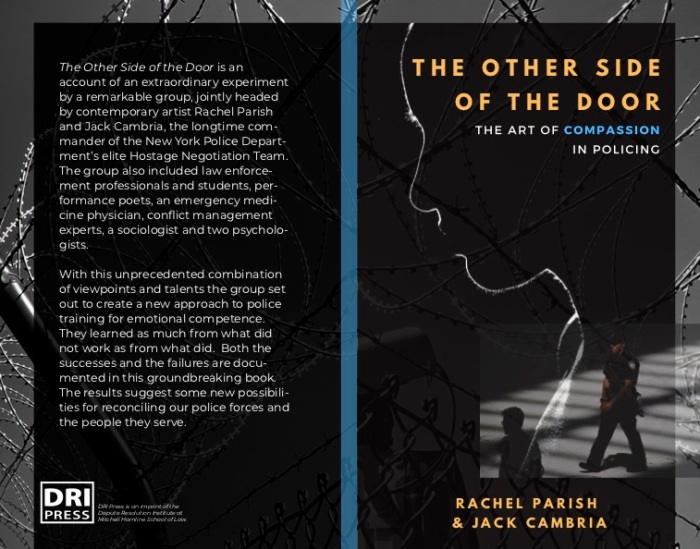 A book chronicling the project was published this year from Hamline University Press and is available for purchase or as a free pdf download.