All Change Festival was a free, boundary busting performance festival animating outdoor and indoor spaces with accessible and innovative contemporary performance. The 2014 iteration of this festival included simultaneous events in five international cities (Reykjavik, Augsburg, London, New York and New Orleans), with forty-five performance events at the UK site (Lyric Hammersmith) alone.  I established, directed and co-produced the festival, developed an artist residency and commissioned performances for the festivals. All Change provided a platform to discuss, through both practice and debate, issues such as authorship, primacy of text, translation between languages and between verbal and nonverbal forms of communication, process, ensemble work, and different approaches to training and to setting up the rules of the game for a performance culture. 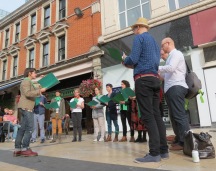 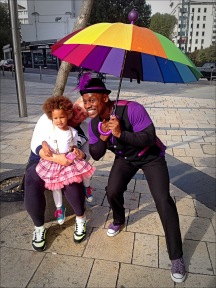 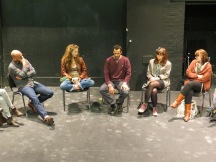 Initially established in 2013 as an avenue to interrogate contemporary international theatre practice with artists and audiences alike, the first All Change Festival was a weeklong interactive event that included performances, installations, staged readings, works in progress, talks, and conversations about creating new work. Both iterations offered opportunities for performance-makers to engage with the influence of international performance practice on their own work and to challenge each other to make visible many of the processes that theatre traditionally holds behind closed doors.